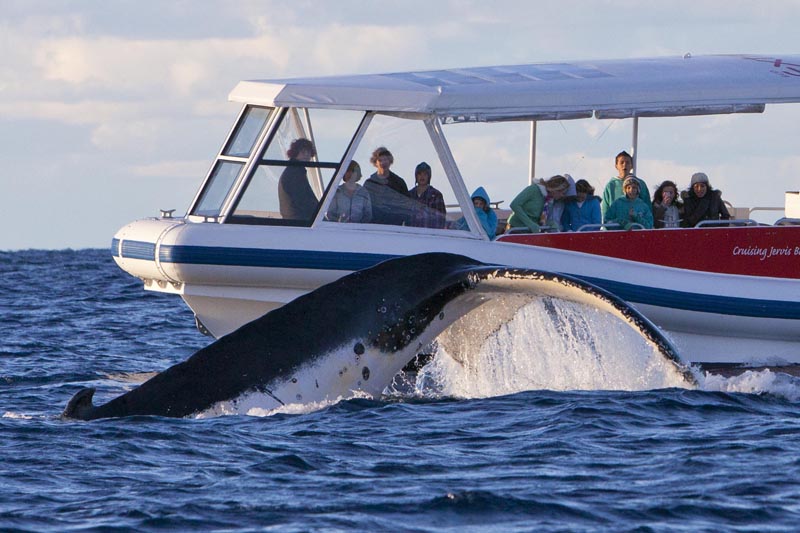 There are several Whale and Dolphins watching tours around the region.

Jervis Bay provides a spectacular backdrop for whale watching, so much so that it has become renowned as the premier whale watching destination in NSW.

With its prominent position on the south coast of NSW, Jervis Bay can offer one of the longest viewing seasons available to whale watchers in NSW, spanning from May until late November each year.

Also of interest is the fact that, especially on the southern migration, a majority of the whale viewing can be done in the sheltered waters of Jervis Bay meaning that you will be less likely to be subjected to the elements of the open ocean.